The genesis of DJQ began while studying at at Berklee College of Music in Boston in the early 1980’s. At that time I gave regular recitals comprised of material with which I was experimenting and composing. Having been heavily influenced when I grew up by what is now niched as “Classic Rock” (at the time I only knew it as Rock), I loved the Beatles, Stones, The Who, Hendrix, Zeppelin, Traffic, CSN&Y, Chicago and other groups of that ilk and vibe. While at Berklee I grew a new passion and love for the music of Larry Coryell, Wes Montgomery, John Coltrane, Miles Davis, Bill Evans, Jim Hall, Pat Martino, Lenny Breau, Pat Metheny, John Scofield, Duke Ellington, Thelonious Monk, The Brecker Brothers, et al, as well as beginning to open up to the influence of Classical Music. Influenced by these fresh musical creators, I was completely inspired to express myself in contexts formerly unknown and unexplored by me. I was moved to play and compose a “fusion” of my newly derived aesthetic understandings, feelings and creative drive!

While at New England Conservatory, I continued on my love affair with Jazz and its adventure as a Jazz Composition major but new musical streams began to influence my river of creation. The music of Bach, Beethoven, Stravinsky, Ives, Ravel and Debussy had a huge influence on me and I wrote music for woodwind quartet, string trio, a suite for violin and marimba, solo pieces for piano, cello and other combinations of orchestral instruments. My whole concept of writing and playing music was to never be the same and this came to fruition in the tunes and pieces I was writing and offering while at NEC.

These formative years inspired the music I was to create with DJQ. I still enjoy performing some of the tunes with DJQ which I composed from that early time period during my tenure at Berklee and NEC.

The group has transformed many times over the years. Thank you: Suzanna Sifter (keys), Jim Whitney (bass), John Mettam (drums), Tony Deangelis (drums), Jeff Knoettner (keys), Scott Robinson (drums), John Stenger (keys) and Dan Monaghan (drums), Doug Hirlinger (drums), Francois Zayas (drums). These individuals granted me their friendship and helped to bring to life my music imbuing it with creativity, fresh ideas and most importantly fun! A very special and sincere thanks to Philadelphia bass veteran, Paul Gehman, with whom I played for 19 years. Paul, who passed on in 2017, was always a team player and truly understood the heart of my music (a valuable and rare quality to have in an ensemble member!), often offering creative input and musical direction far beyond the usual expectations and responsibilities of a band member. He will be missed. 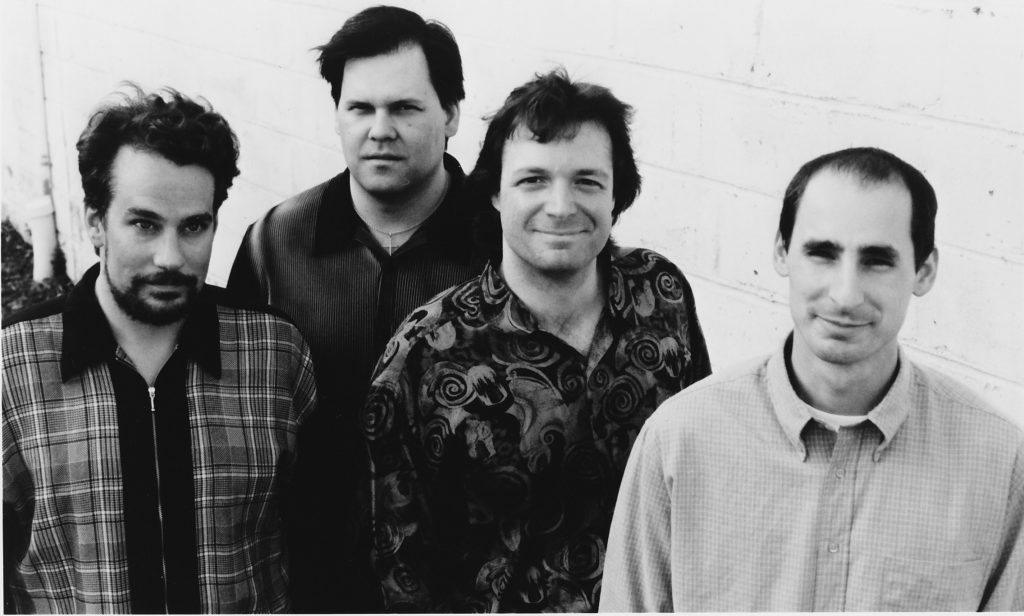 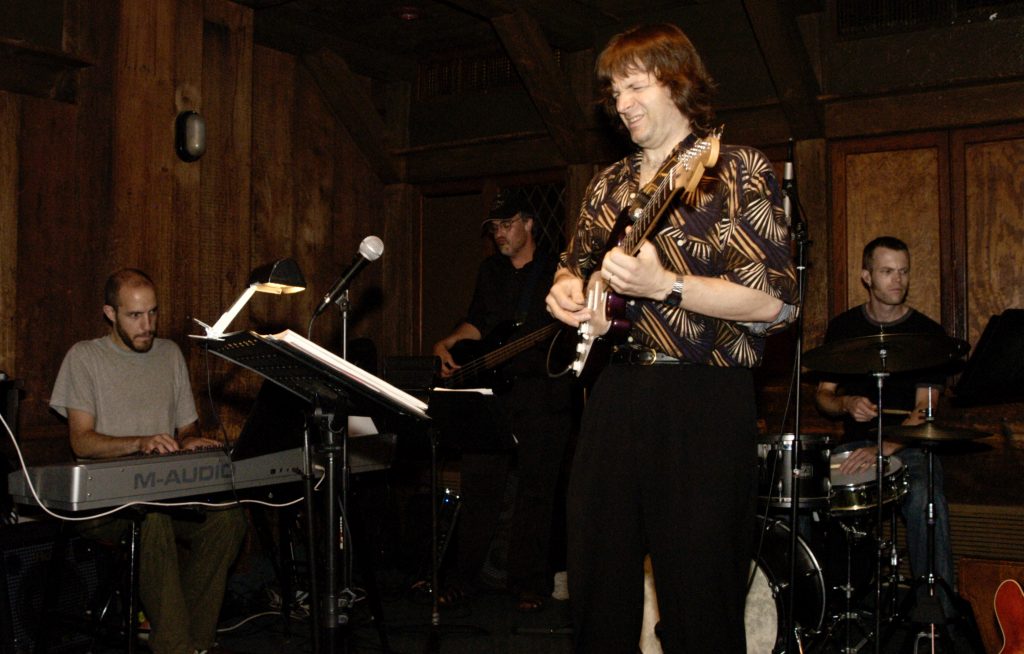 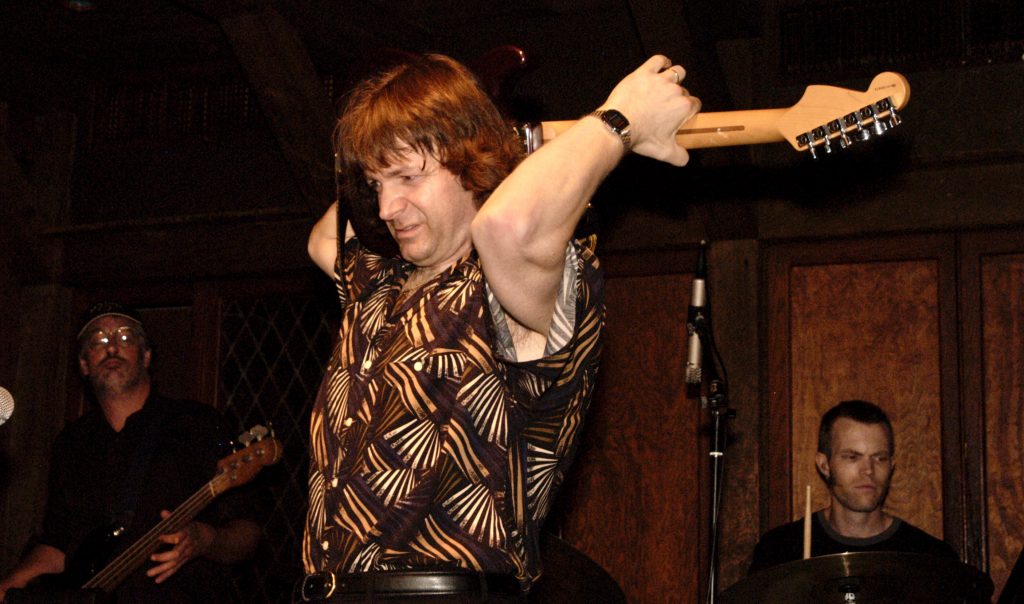 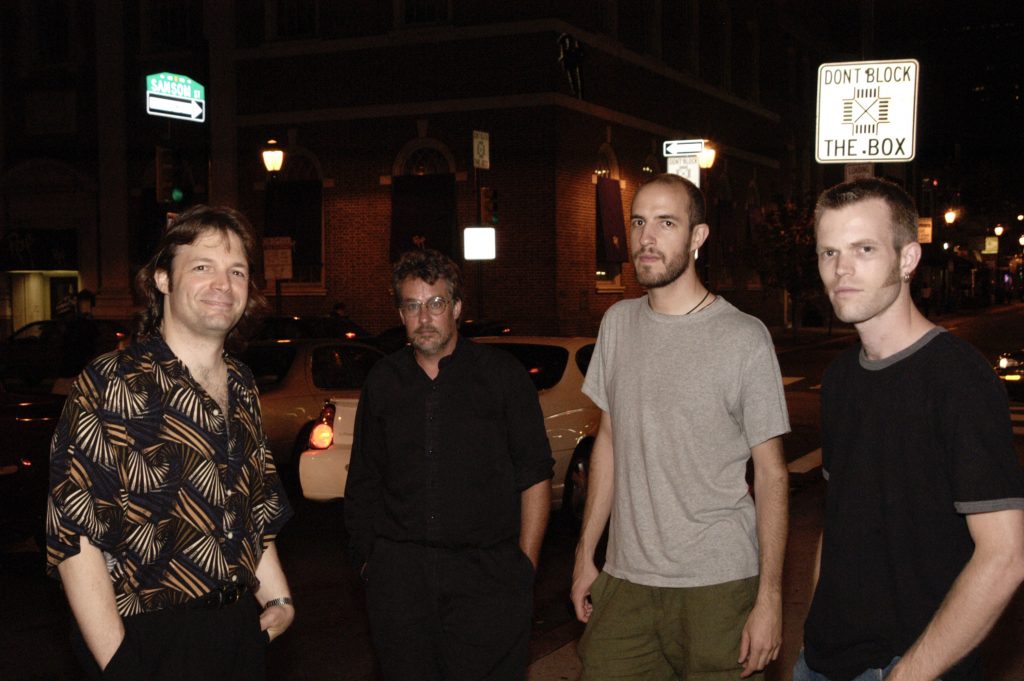 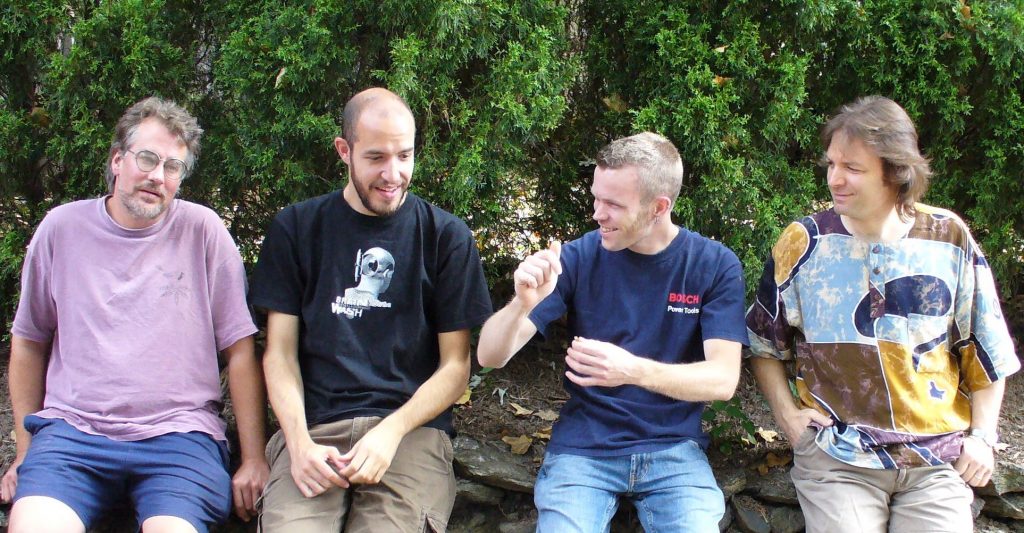 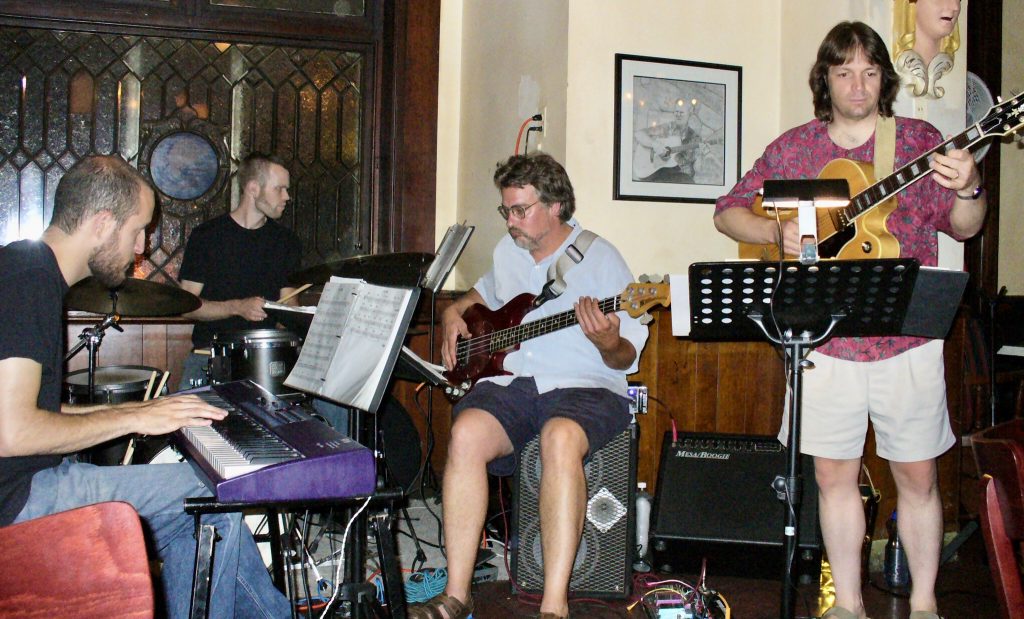 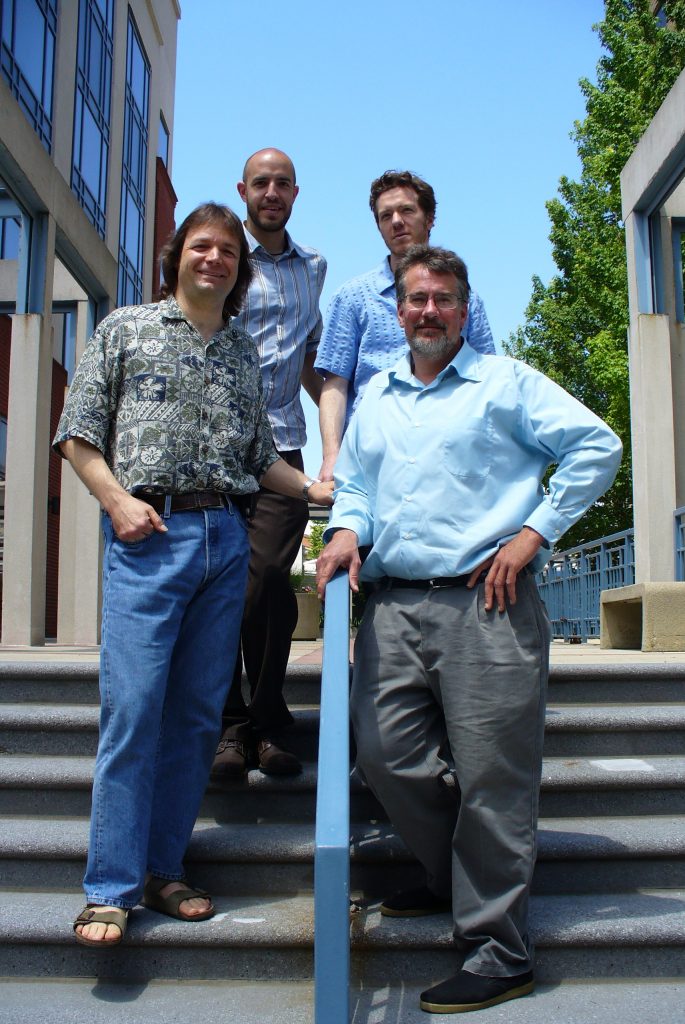 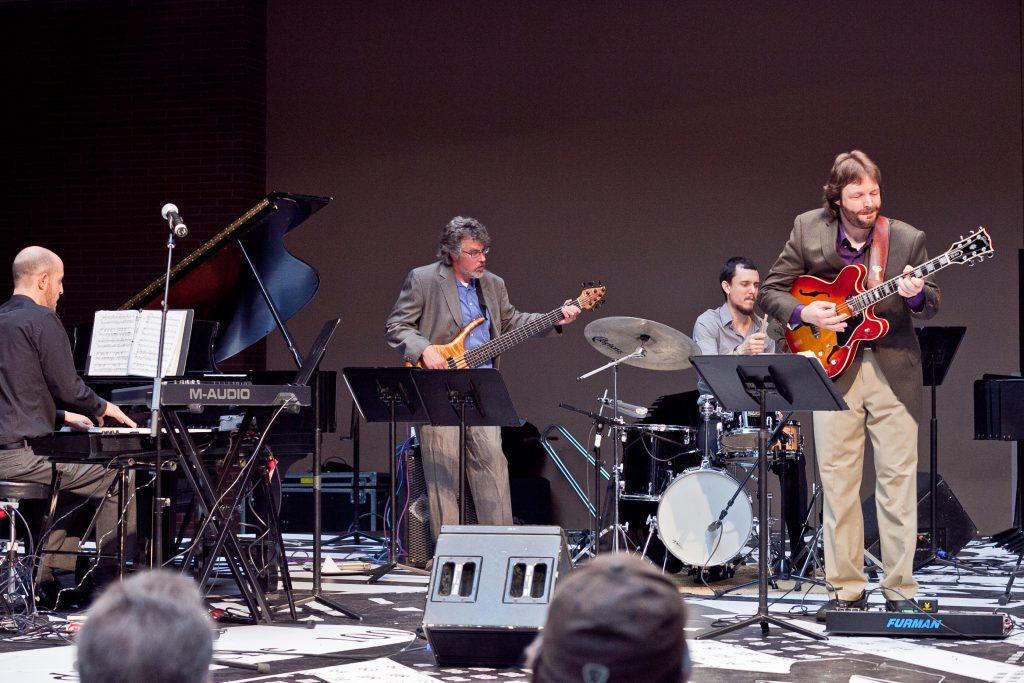 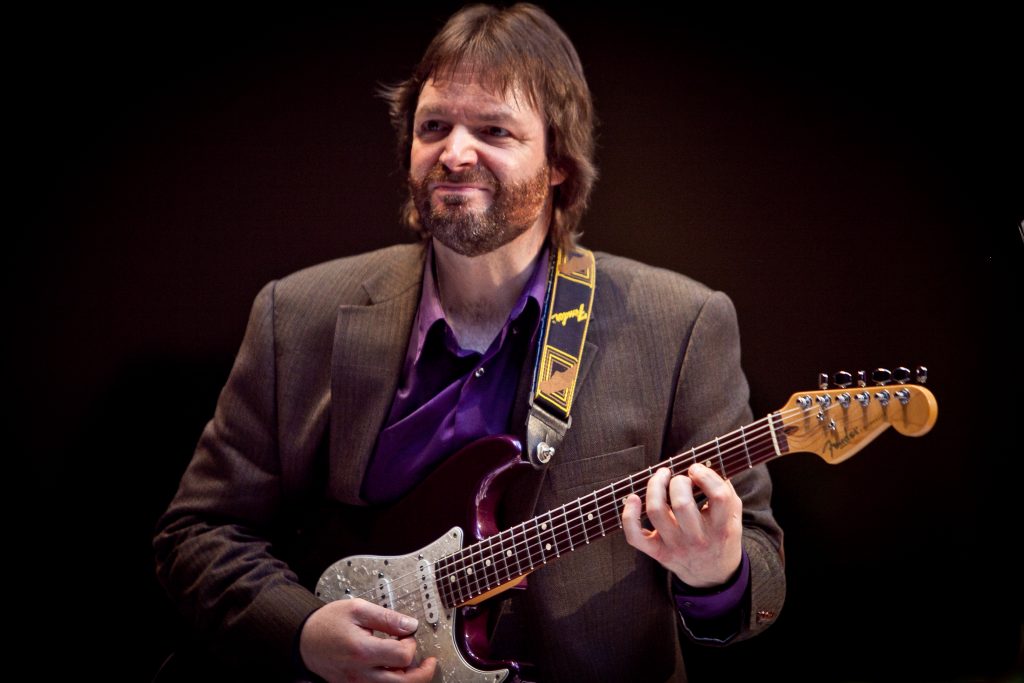 “Sometimes what’s missed in electric jazz fusion is a slowly steeped fire. This has it.”

“David Joel is a talented guitarist and he leads his quartet though a very good set of contemporary jazz. The songs are reminiscent of Weather Report with the addition of guitar. Occasionally Joel cuts loose and shows off his considerable chops. RIYL: Weather Report (3 stars).”

“Exciting progressive electric jazz which is sure to attract younger listeners!”

“I gave another listen and again enjoyed your talents as a player and composer. It sounds like your imagination and spirit are in excellent shape and that you are pursuing your own special voice.”

“What I like about this cd is the diversity of moods and colors as you go from tune to tune. There’s a sense of unique and honest expression throughout.”

“This is the music of a talented guitarist experimenting in the influences that he has been exposed to. The other members of the band who make up the quartet are along for the ride and provide support on the road to discovery. If you like solid guitar playing, a powerful back up band and a fusion style, then check out Spiral Sky.”

“David Joel and company paint landscapes of sound, starry meditative explorations and turn the listener to traveler, inviting them to let the quartet be a guide to musical challenges and unique structures.”

DAVID JOEL QUARTET/Spiral Sky: The Philly jazz scene has long had it’s share of notables and guitar man Joel is the latest to add his name to that crew. With some of the crack hitters in town in tow giving a well rounded picture of what’s going on in jazz in those parts these days, this is a crisp outing from an educated educator that hasn’t let all that teaching cramp his playing. Solid contemporary electric jazz that is right on the money.

David Joel is a versatile guitarist who uses the sound breaking innovations of fusion in his playing but is also quite capable of playing viable straight ahead jazz and blues too. He graduated from Berklee in 1986, earned a Masters from the New England Conservatory of Music, and has been based in his native Philadelphia since 1996. He has since taught extensively, performed in plays, and led his own quartet on the East Coast.

On Spiral Sky, Joel teams up with the colorful keyboardist John Stenger, bassist Paul Gehman, and drummer Don Monaghan. The group performs eight of Joel’ s originals which range from rockish pieces to the quieter “Little Bear,” from major productions like “Spiral Sky” to the bluish “The Star-Spangled Gospel.” While Gehman and Monaghan are stimulating in support, Joel and Stenger are the main solo voices, creating unpredictable improvisations and a wide variety of colors in the ensembles. The music is “contemporary” without being smooth or pop; nor is it limited to the style of 1970s fusion. It has the “sound of surprise” of the best jazz yet crosses several genres and can be best described as modern electric music.

This varied and recommended set is available from www.davidjoel.net.

“Spiral Sky” by The David Joel Quartet takes us through the whole spectrum of the modern jazz genre. Straight off the bat “The Dance of Life” is perhaps my favorite track on the cd. Light and breezy this could be the perfect track of the long New Zealand summer we have coming up. Rich flowing cords from Joel’s guitar and very tasty Rhodes piano from John Stenger. Tracks two and three are the longest on the cd release clocking in at 10:54 & 11:21 respectively and both tracks have a wonderful jazzfusion feel with “Western Lies” in particular containing some very strong drumming from Dan Monaghan. The only other member of the Quartet I haven’t mentioned so far is bassist Paul Gehman. Gehman stays in the background for much of the cd but delivers a strong platform at all times especially on “Eastern Truth” where he lays down a rich bassline. “As It May End” is a very spacious ballad with David on acoustic guitar and some dreamy Rhodes from Stenger. “The Star Spangled Gospel” is, I guess, Joel’s homage to Jimi Hendrix – a blues infused piece with wonderful organ accompaniment from Stenger. Overall one comes away with the feeling of a very well rounded jazzfusion band. Joel at times sounds like Metheny, Hendrix and others that he may have been influenced by but he has his own voice that shines through. David Joel is a new name to me and one that I would like to hear from again in the future.